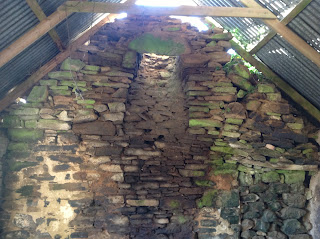 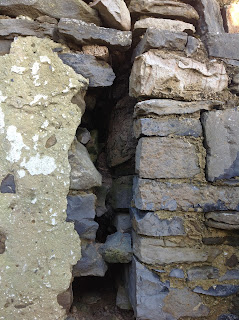 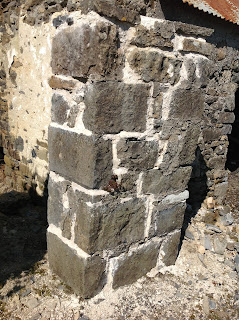 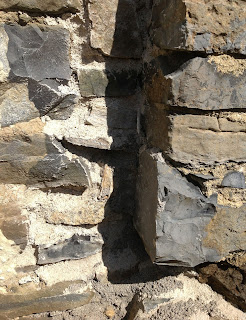 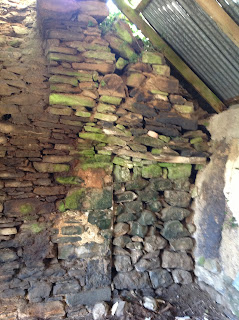 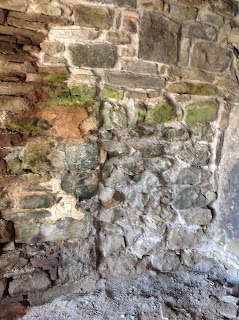 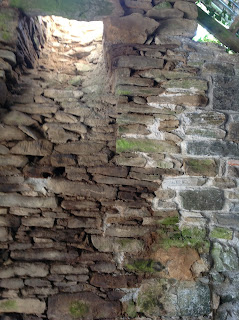 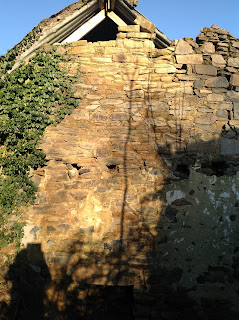 Ha! I like this heading. It suggests I have been struck with a bolt of energy – wish I was but alas no. I am merely referencing the fact that today could pass as a spring day – the first of 2013 here in Ireland. The east wind was missing and we had a blue sky and sunshine all day.  What a treat! And I had to rescue two butterflies from the Yank’s house today.

Pat and I headed off to check the house out and pottered about for a few hours. We haven’t been for ages – the weather has  just being too bad. But today encouraged by the sunshine we headed off and even managed a few small jobs. I cleared the bedroom with the floor I want to paint and swept it out. Then Pat did a few repairs for me.

Maybe if we get another good day I will get started on the sanding and cleaning in preparation for painting. Pat also finished off the paneled wall with a trim along the floor. I will paint this to match the wall when I am down again.

I spent a bit of time out in the garden today also. I wanted to enjoy the weather. I checked our trees and pruned some low shoots and branches to encourage the growth up the young trees. I am trying to encourage one main leading shoot so the trees will grow straight and strong.

We put crow guard covers on our chimneys way back at the beginning of this project but every year – in spring, the crows come back and drop nest construction materials down through the guard. They cannot get into the chimney and haven’t been able to build a nest there for years but they just keep coming back and trying to block up my chimneys.  I cannot understand all the energy they put into collecting these materials and then pushing them down a chimney that they cannot get into.


Then again, maybe it isn’t much different to Pat and I.  We return to the Yank’s house every spring with our tools and materials and we have never actually been able to move in, or spend one night there. We haven't finished our nest either.  Maybe 2013 will be our year!